Employment and Wages in Georgia after the Great Recession

There are four distinct corners to this chart: 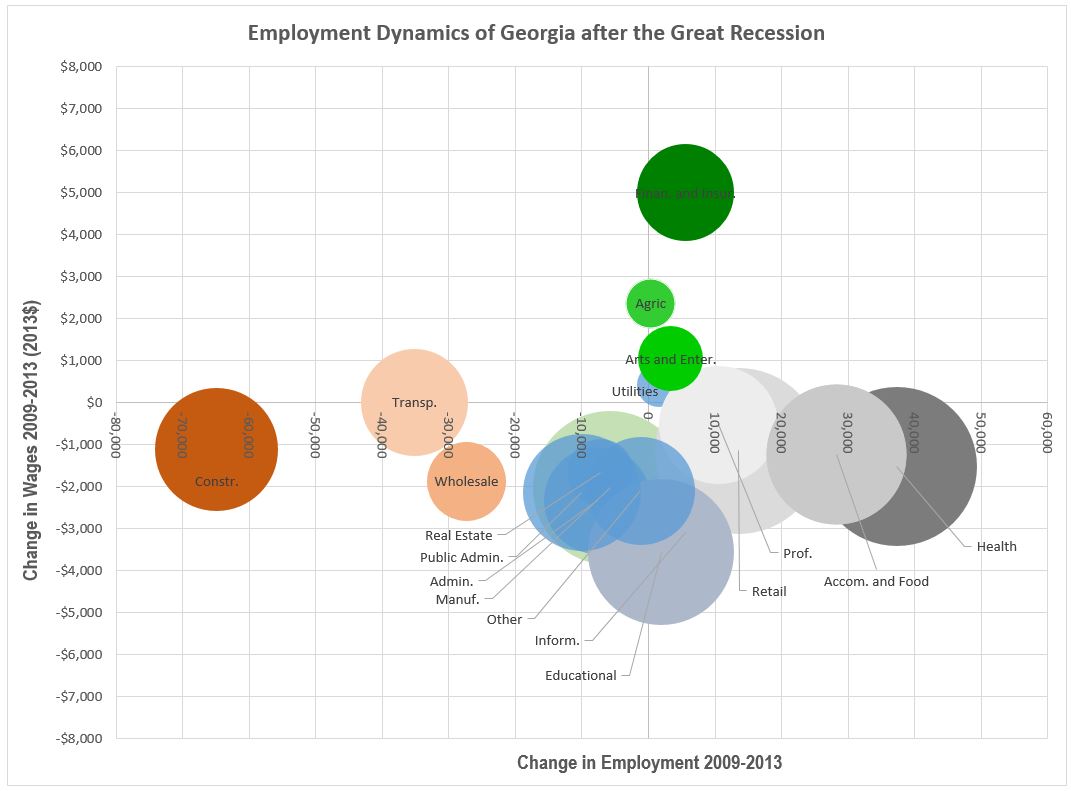 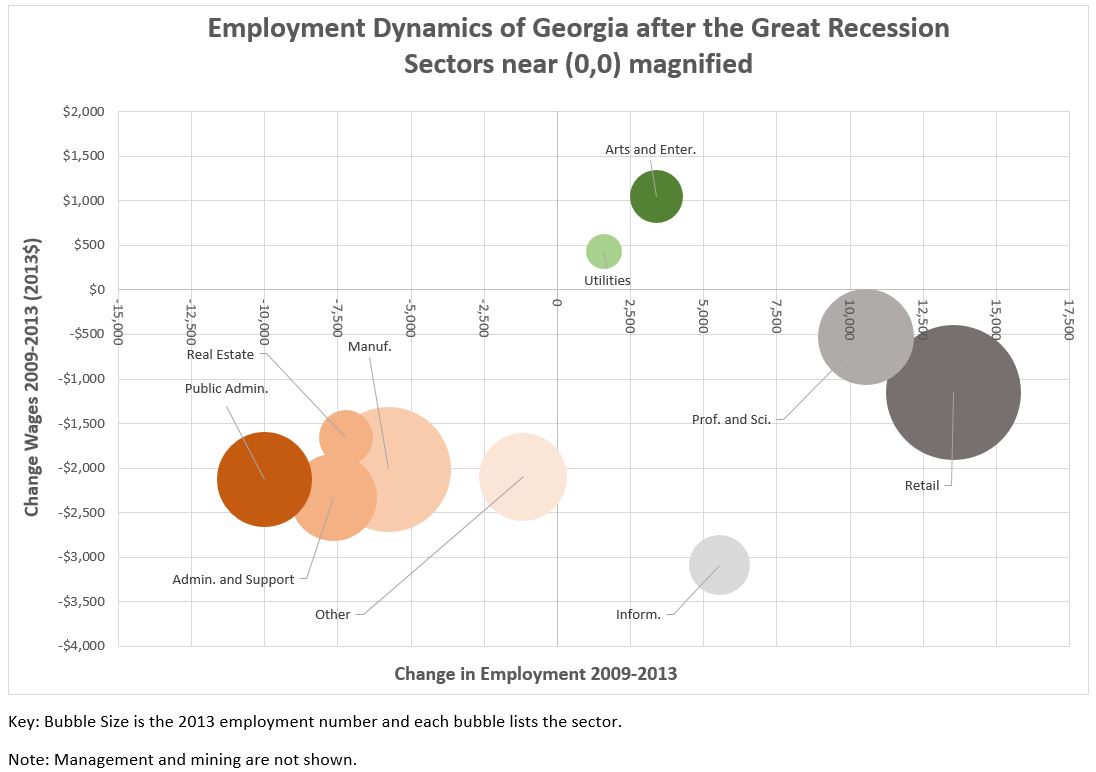 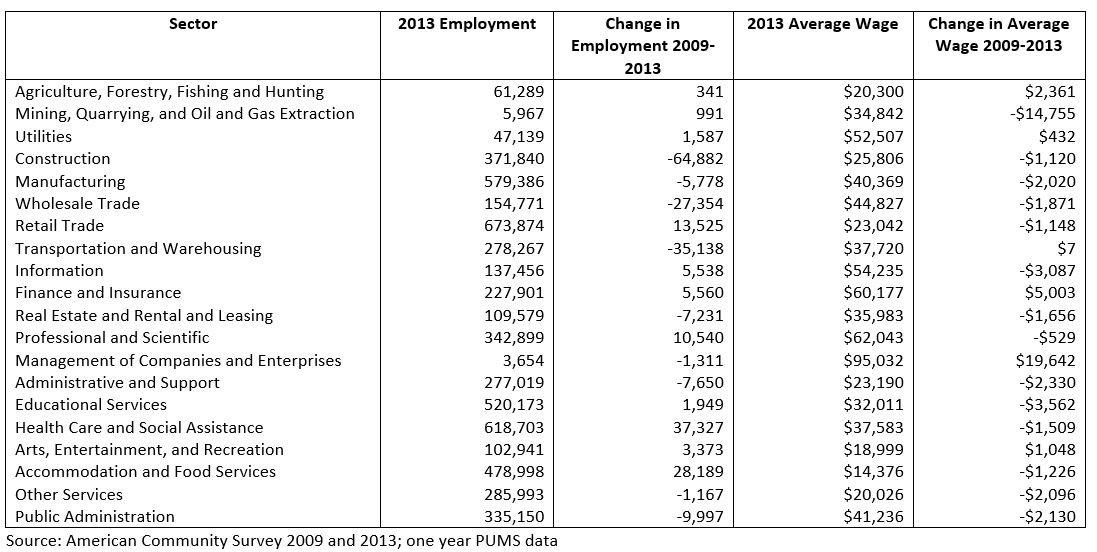