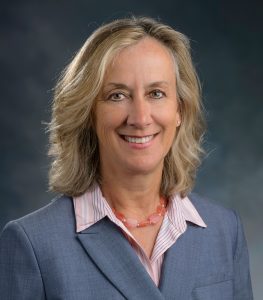 Economist Sally Wallace, director of the Fiscal Research Center, has been named dean of the Andrew Young School of Policy Studies.

Wallace, a professor of economics, has been on Georgia State’s faculty since 1991, serving five years as department chair. She was the school’s associate dean for research and strategic initiatives from 2015 to 2017 and has directed the Fiscal Research Center since 2011.