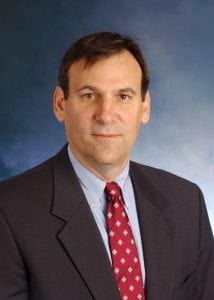 Heaghney succeeds Sally Wallace, who had served in the position since 2011. She became dean of the Andrew Young School of Policy Studies in April.

Heaghney will lead a team of public finance experts who provide nonpartisan research, technical assistance and education to help policymakers and the community understand and make decisions on complex fiscal issues facing the state. Among other responsibilities, FRC develops estimates for tax-related fiscal notes and the Georgia tax expenditure budget.